Happy Independence Day everyone. Today, as we celebrate the fourth and this month’s birds post, will be in line with our national symbol. So what bird will be for the month of July? Why the Turkey of course. The wild turkey is found throughout North America. Restoration efforts for the turkey are one of the nations most successful management programs. Reintroduction in the 40s into many different states, Turkeys now can be found beyond their pre-existing range included here in the state of North Dakota. This game bird is predominantly a forest, they have adapted to live in areas that were not favorable including swamps and grasslands. Within the turkey species, there are six different subspecies of turkey (National Wild Turkey Federation list). The Eastern Wild Turkeys are the subspecies found in North Dakota. These birds are social and live in flocks that have hierarchy order within each flock. They tend to move throughout their habitat on foot but can fly to escape predators or fly into low limbs of trees to roost. Wild Turkey is one of two domesticated birds native to the New World. In the early 1500s, European explorers brought home Wild Turkeys from Mexico, where native people had domesticated the birds centuries earlier. Now might be wondering why it is in line with our national symbol the Bald Eagle. Benjamin Franklin thought the Bald eagle was a poor choice for a national seal, a year after its image was adopted by Congress (Great Seal). He explains in a letter to his daughter that a Turkey was a more respectable bird as a symbol of courage. 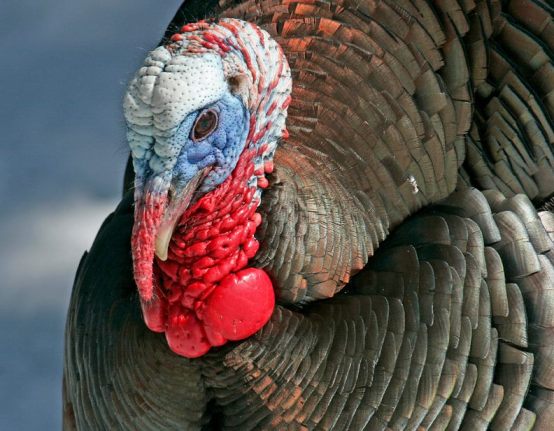 View all posts by bismanbirding